Arashi is now a most popular singer group in Japan.

Arashi consists of five cool guys who are twenty-seven to thirty years old.
They say they are idols. They sing, dance and talk in variety programs in TV.
Their photos are regularly appeared in some magazines every week and popular among young girls.

Eleven years have passed since they made their debut.
It may be that they aren’t especially perfect super stars, actually each guy has his own strong and weak points.
However they respectively accept of their weak points and make up joining forces with each other together happily.
Those scenes are heartwarming.
Therefore I guess it's why they are widely loved.

Of course, their songs and dance are very very nice and they and their songs make us vigorous and happy. 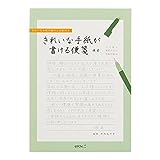