Chiyonofuji, who later became the master of Kokonoe stable of sumo has sparked popularity of sumo, died of pancreatic cancer July 31, 2016.
He was born in Fukushima-cho in Hokkaido in 1955, and he made his debut as a sumo wrestler at the age of 15 in 1970.

He was promoted to makuuchi in 1975 and he defeated Yokozuna Kitanoumi and he was promoted to Ozeki in 1981.
He accomplished the second victory at the same year, and became the highest rank of grand champion called 'Yokozuna' of the 58th generation.
He lasted 1045 wins, and 807 wins of them was in the top division.
His yokozuna reign was in the 59 sumo tournaments and he had won the Champion Cup 31 times.
He was a matchless great yokozuna who has accomplished wonderful records in more than 20 years active duty. 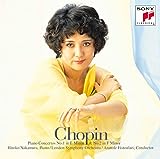