スマートフォン専用ページを表示
Wildfire disaster prevention helicopters society
In February 2021, a large-scale wildfire broke out in Ashikaga City, Tochigi Prefecture.
It was fighting fire from the sky, I wonder if what kind of fire extinguishing agent it is used.

Wildfires in Australia and California are reported almost every year.
It hurts my heart to see the terrible news.
In Japan, the fire departments of local governments and the Self-Defense Forces use disaster prevention helicopters for the forest fire.
I guess the sky above it will be so hot.

It seems it's not just water, is a fire extinguishing agent that has a great effect and it is environmentally friendly.
We must share a way to stop the spread of fire early and prevent to become a large-scale fire somehow. 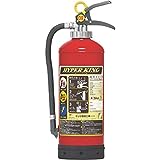